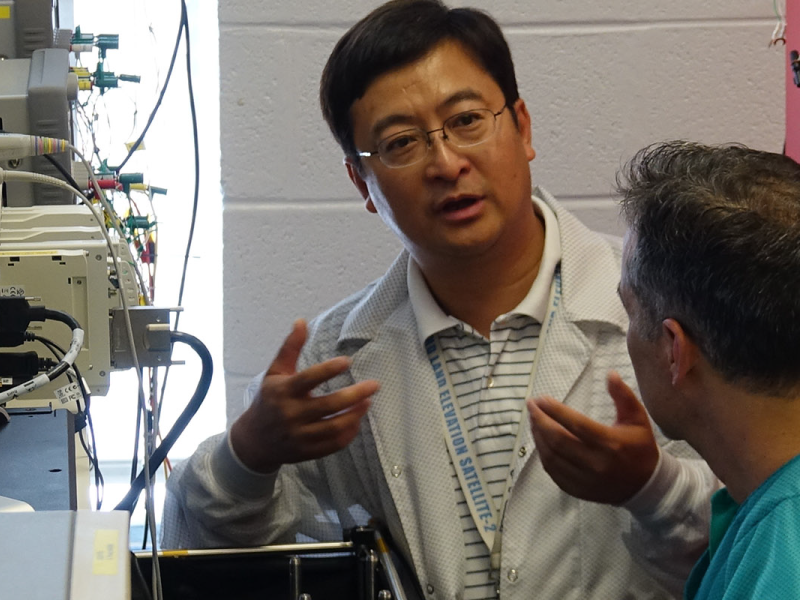 PACE will help scientists investigate the microscopic ocean organisms that play a significant role in feeding marine life, aerosols, and clouds - and the role all of these play in the Earth system. In July, PACE passed a major milestone - called Key Decision Point B, or KDP-B - within NASA's framework for satellite mission planning. Now, the PACE team is cleared to focus on preliminary designs for the satellite and its primary instrument.

Onboard will be a new instrument with high spectral resolution that will allow scientists to distinguish the species of the microscopic phytoplankton flourishing in different regions at different times. While previous missions have measured phytoplankton, PACE's hyperspectral capability would provide a more detailed view than ever before of ocean life. 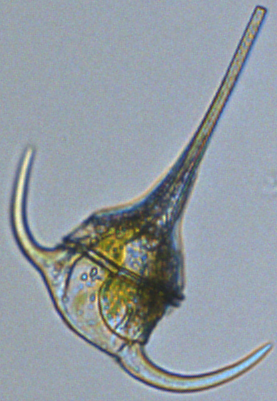 A type of plankton called Ceratium from seawater that was run through imaging microscopy with 20x magnification. Credit: NASA/FlowCam
"It takes a lot of coordination between the scientists, the engineers and the management team to come to the right solution," said André Dress, PACE project manager at NASA Goddard Space Flight Center in Greenbelt, Maryland.

The biggest challenge the team has in this design phase is with the primary ocean-color and aerosol-measuring instrument - the first of its kind, Dress said. While different components of the instrument have been used before, the PACE instrument team will have to develop something new to meet performance standards from scientists studying the atmosphere, ocean and even land surface.

The instrument will constantly rotate, for example, to see a wide swath of the ocean below. It will also tilt to avoid being blinded by the direct reflection of sunlight on water, and will detect a gradient of light in order to be able to tease out which tiny phytoplankton are living in which waters, information that is central to understanding the ocean and Earth's fragile ecology. The instrument will look at multiple aspects of Earth below - about 90 percent of its signal will be from the atmosphere and airborne particles, Dress said. Scientists will subtract that out to get to the true ocean color beneath.

"We're going to look at everything in the range from ultraviolet all the way out to shortwave infrared," Dress said. "Other missions have only taken slices, and while that gives you good data, it doesn't give you all of the information about different types of phytoplankton life in the ocean."