ALVIN on the Deck of the R/V Atlantis 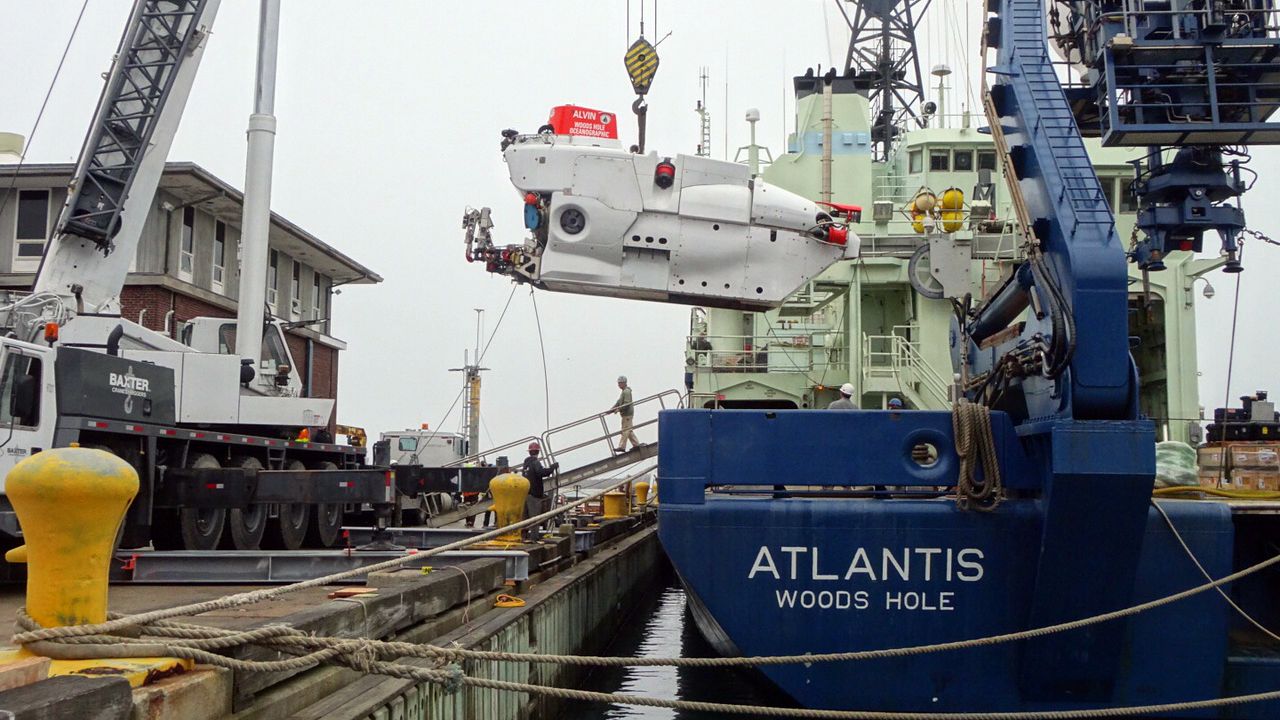 Credit: Dick Pittenger/WHOI. Download this image (JPG, 746 KB).
[11-May-16] In preparation for an upcoming cruise of the R/V Atlantis for the North Atlantic Aerosol and Marine Ecosystems Study (NAAMES) field campaign, the submersible ALVIN is loaded on deck. Prior to this event, the equipment from the last cruise was removed. The deep-diving submersible Alvin was then carefully lifted off using a commercial crane. Next, the ship was loaded with NAAMES equipment, starting with the biggest gear. Cranes moved four shipping containers, which were outfitted as lab space to measure aerosols, onto the ship's deck, followed by boxes of sophisticated optical instruments, incubators and other equipment needed for detecting phytoplankton, zooplankton, bacteria and viruses as they cycle through life and death. Several instruments also measure chemistry related to biological processes in the ocean.
Original Image