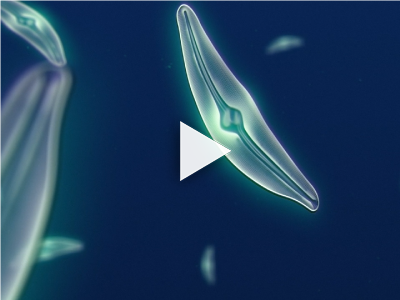 The large multidisciplinary team, including members from more than 20 different research institutions, is accompanied by advanced underwater robotics and other instruments on a month-long campaign to study the secret lives of tiny organisms called phytoplankton, and the animals that eat them. These organisms can have a large impact on Earth's carbon cycle, storing carbon dioxide in a part of the ocean known as the twilight zone, between 650 and 3300 feet below the surface. Read more here.
Watch Movie